For people in parts of Snowy Mountains and Australian Capital Territory Forecast Districts.

DAMAGING WINDS, averaging 80 to 90 km/h with peak gusts in excess of 125 km/h are likely to develop from late tonight, peaking on early Thursday morning.

DAMAGING WINDS, averaging 60 to 70 km/h with peak gusts in excess of 90 km/h are possible at times, most likely on early Thursday morning.

Winds are expected to ease into Thursday morning as the cold front moves away from the area.

Locations which may be affected include Mount Ginini, Perisher Valley, Charlotte Pass and Thredbo 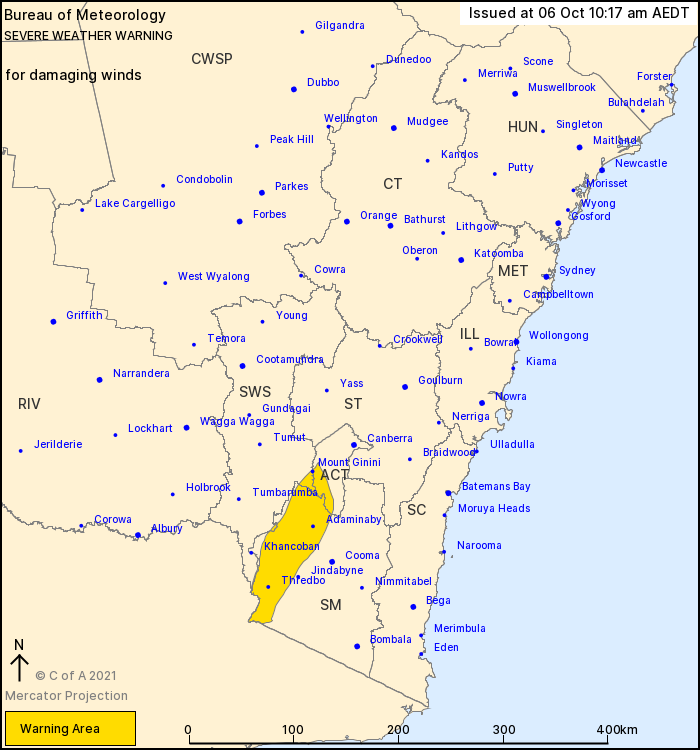