Severe thunderstorms are developing about parts of NE NSW.

Weather Situation:
A surface trough over inland northern NSW is resulting in thunderstorms today. A passing upper trough moving across the state today will enhance thunderstorm development and increase the risk of severe storms this afternoon and evening.

Severe thunderstorms are likely to produce damaging winds, large hailstones and heavy rainfall that may lead to flash flooding in the warning area over the next several hours. Locations which may be affected include Coffs Harbour, Armidale, Inverell, Woolgoolga, Sawtell and Dorrigo. 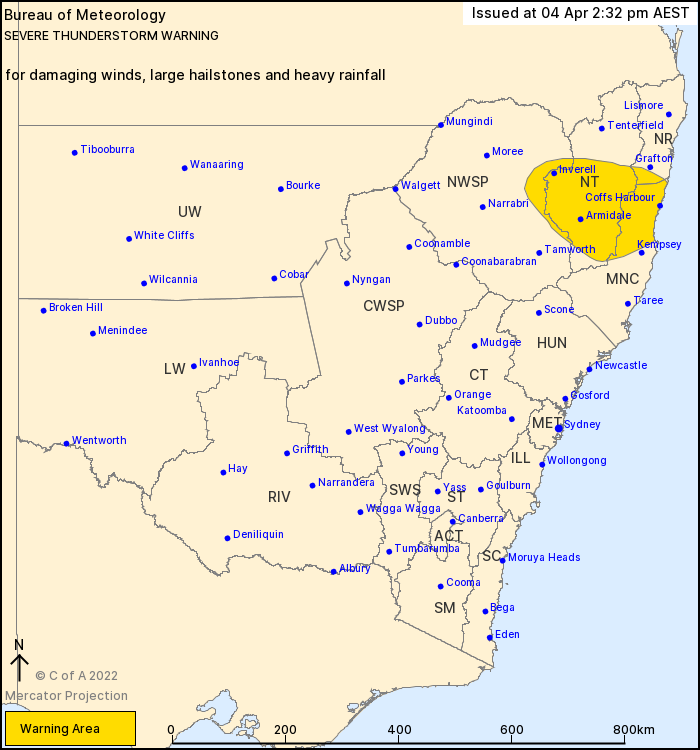