Weather Situation:
A southerly change moving up the northern NSW coast is triggering thunderstorms this afternoon and evening about the Hunter and Mid North Coast districts.

Severe thunderstorms are likely to produce giant hailstones, damaging winds and heavy rainfall that may lead to flash flooding over the next several hours in parts of the Mid North Coast and Hunter districts. Locations which may be affected include Gloucester and Barrington Tops.

Severe thunderstorms are likely to produce damaging winds, large hailstones and heavy rainfall that may lead to flash flooding over the next several hours in the Mid North Coast, Northern Tablelands and parts of the Northern Rivers, Hunter and North West Slopes and Plains districts. Locations which may be affected include Grafton, Taree, Scone, Armidale, Glen Innes and Dorrigo. 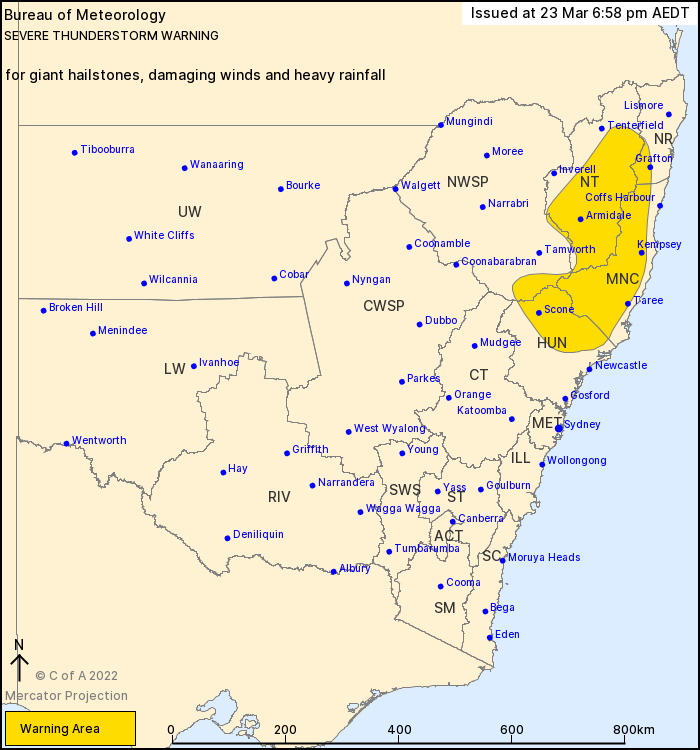