Severe thunderstorms are expected to continue over northeastern parts of the state.

Weather Situation:
A surface trough lies over the central inland of NSW, with a moist and unstable airmass to its east. Winds in the upper atmosphere will increase into the evening as an upper trough approaches the area, which will prolong the threat of severe storms into the evening over the northeast inland of the state.

Severe thunderstorms are likely to produce damaging winds, large hailstones and heavy rainfall that may lead to flash flooding in the warning area over the next several hours. Locations which may be affected include Grafton, Scone, Armidale, Tamworth, Gunnedah, Coonabarabran, Tabulam, Dorrigo and Gilgandra.

Severe thunderstorms are no longer occurring in the Metropolitan and Illawarra districts and the warning for these districts is CANCELLED. 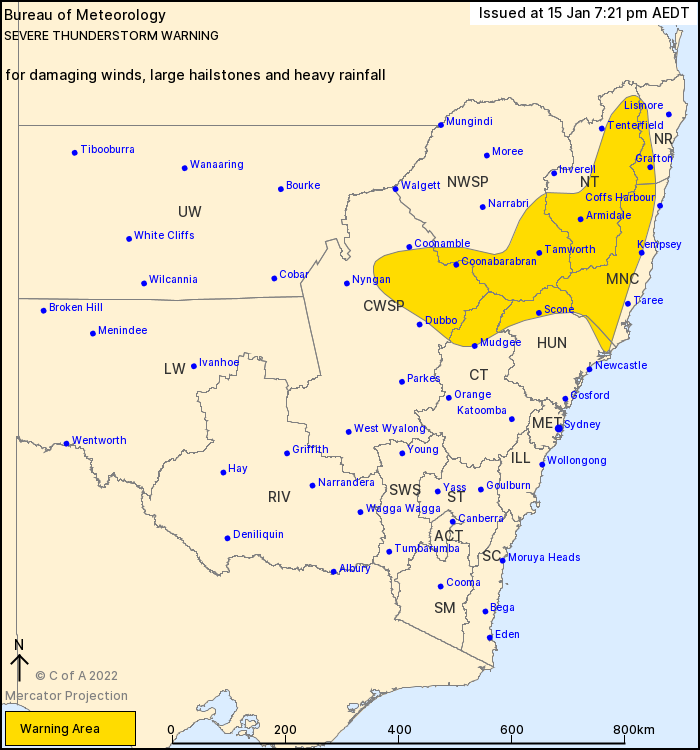