For people in Central Tablelands and parts of Hunter Forecast Districts.

Severe thunderstorms are developing across the Central Tablelands.

Warm and humid air in combination with a passing trough is causing thunderstorm activity.

Severe thunderstorms are capable of producing large hailstones, damaging winds and heavy rainfall that may lead to flash flooding in the warning area over the next several hours. Locations which may be affected include Orange, Mudgee, Bathurst, Katoomba, Gulgong and Hill End. 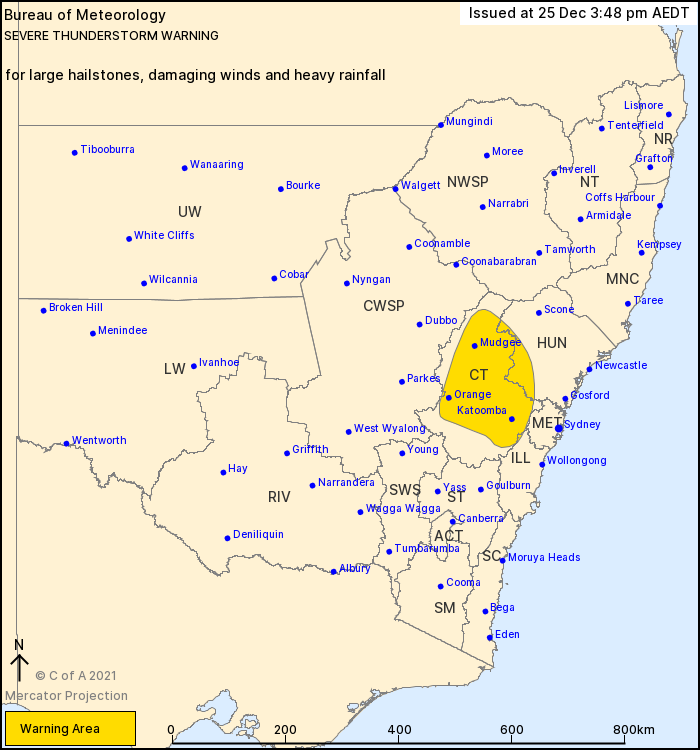