Severe thunderstorms are occurring over central and southeastern parts of the state.

Weather Situation: A pre-frontal trough over the southeast of the country is triggering thunderstorms in a very unstable environment.

Severe thunderstorms are likely to produce damaging winds, large hailstones and heavy rainfall that may lead to flash flooding in the warning area over the next several hours. Locations which may be affected include Nowra, Bowral, Orange, Goulburn, Parkes and Peak Hill.

Severe thunderstorms are no longer occurring in the Snowy Mountains and Australian Capital Territory districts and the warning for these districts is CANCELLED. 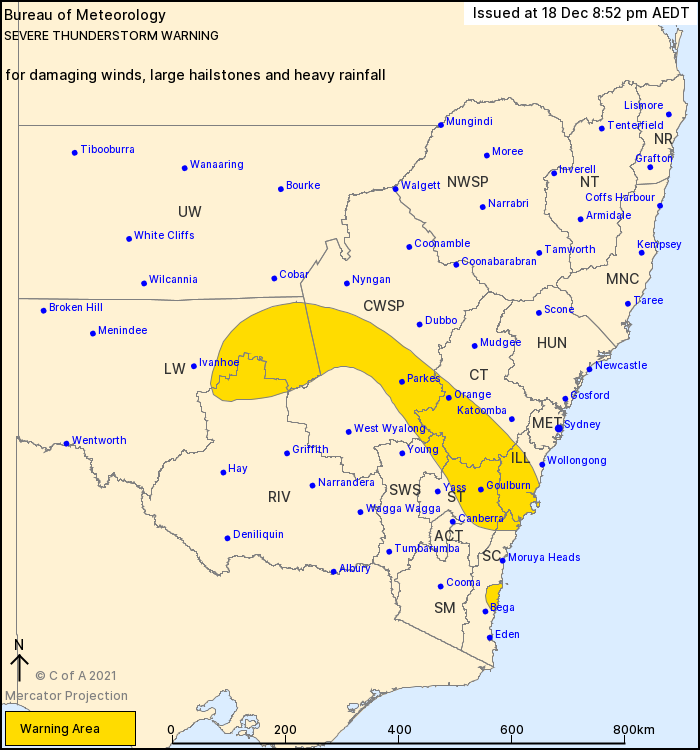