Severe thunderstorms are developing in the Upper Hunter this afternoon.

Weather Situation: A trough through the northeast of the State is triggering thunderstorms this afternoon, enhanced by a cool change pushing up from the south.

Severe thunderstorms are likely to produce damaging winds and large hailstones in the warning area over the next several hours. Locations which may be affected include Scone, Barrington Tops, Muswellbrook and Murrurundi. 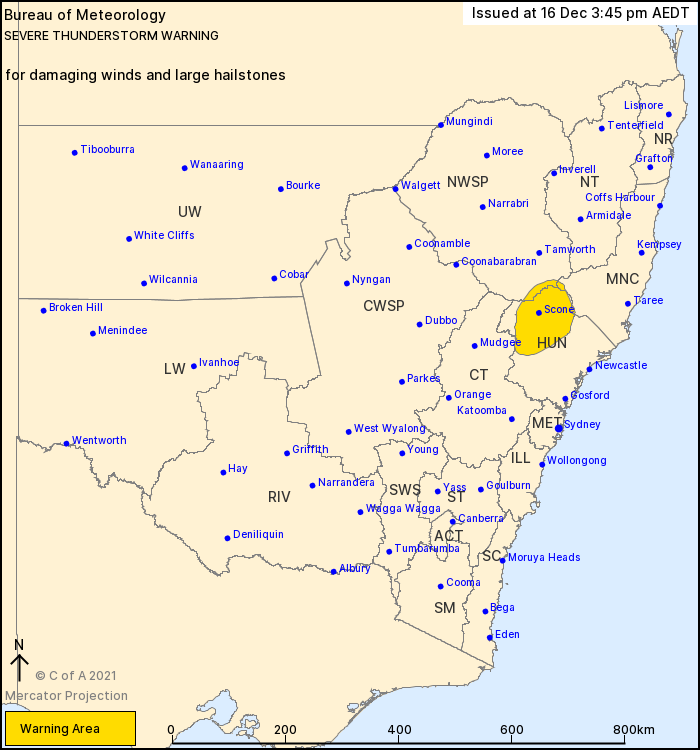