For people in parts of South Coast Forecast District.

Severe thunderstorms developing about the southeast.

Weather Situation: Thunderstorms developing east of a surface trough tracking east across the state this afternoon.

Severe thunderstorms are likely to produce damaging winds and large hailstones in the warning area over the next several hours. Locations which may be affected include Eden and Merimbula. 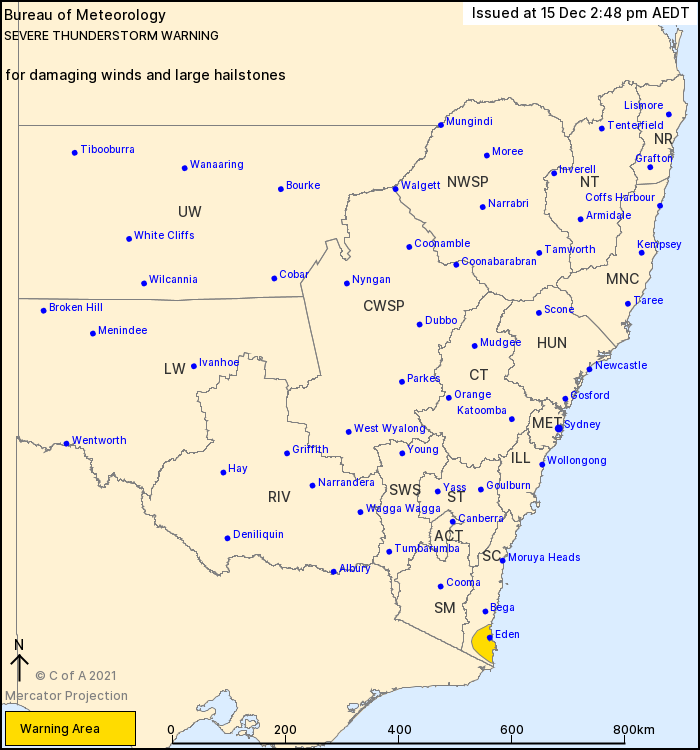