For people in parts of South Coast and Snowy Mountains Forecast Districts.

Issued at 5:44 pm Tuesday, 14 December 2021.
Severe thunderstorms are moving into the Snowy Mountains from Victoria

Weather Situation: Severe thunderstorms have developed in a very unstable environment over eastern Victoria this afternoon and may move into southeast New South Wales over the next few hours.

Severe thunderstorms are likely to produce damaging winds and large hailstones in the warning area over the next several hours.

Locations which may be affected include Bombala, Jindabyne and Thredbo. 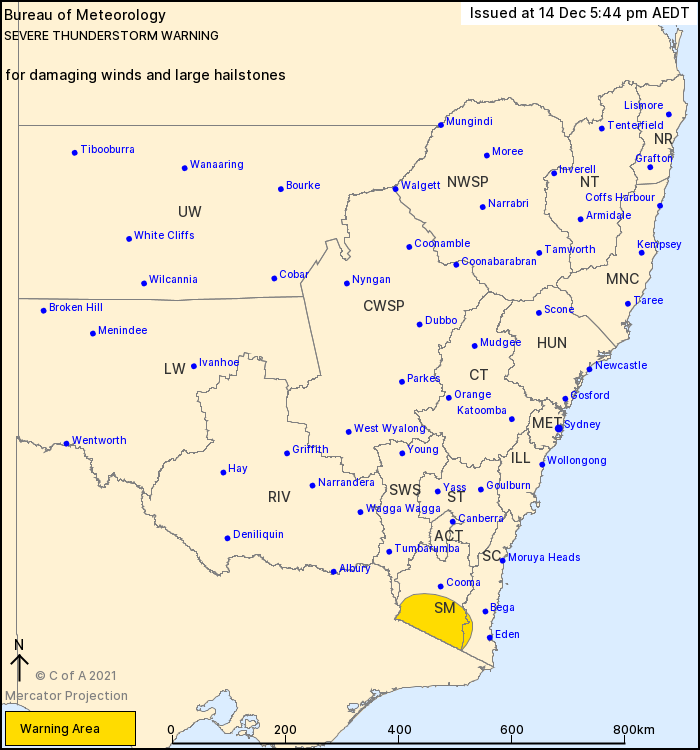