Weather Situation: A severe thunderstorm has triggered on the ranges east of Armadale this afternoon.

Severe thunderstorms are likely to produce damaging winds and large hailstones in the warning area over the next several hours. 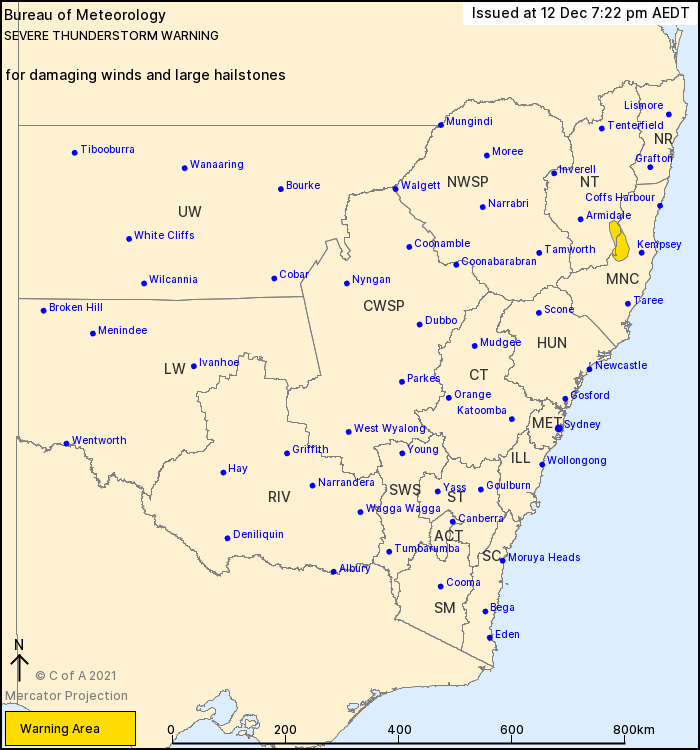