For people in Northern Tablelands and parts of North West Slopes and Plains Forecast Districts.

Issued at 12:17 am Thursday, 9 December 2021.
Severe thunderstorms are continuing throughout parts of north eastern NSW.

Weather Situation: A broad upper trough over eastern Australia will aid the continuation of thunderstorms across north eastern NSW early Thursday.
Severe thunderstorms are likely to produce damaging winds, large hailstones and heavy rainfall that may lead to flash flooding in the warning area over the next several hours.
Locations which may be affected include Armidale, Tenterfield, Glen Innes, Inverell, Moree and Narrabri.

Severe thunderstorms are no longer occurring in the Mid North Coast, Hunter and Central Tablelands districts and the warning for these districts is CANCELLED. 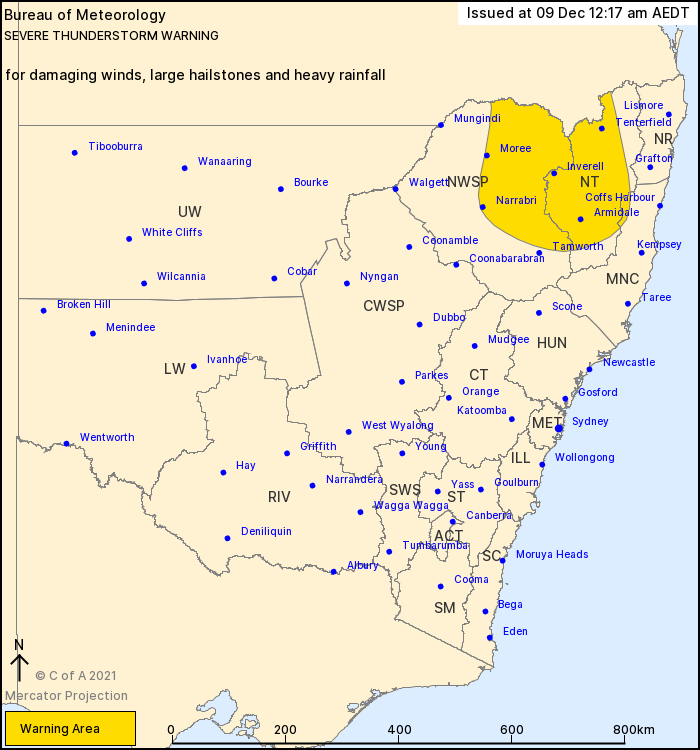