Weather Situation: A surface trough is deepening in response to an approaching upper level trough during the day. A tropical airmass with abundant moisture will be in place ahead of these features.
Severe thunderstorms are likely to produce heavy rainfall that may lead to flash flooding, damaging winds and large hailstones in the warning area over the next several hours.
Locations which may be affected include Parkes, Condobolin, Tibooburra, Cobar, Wanaaring and Milparinka. 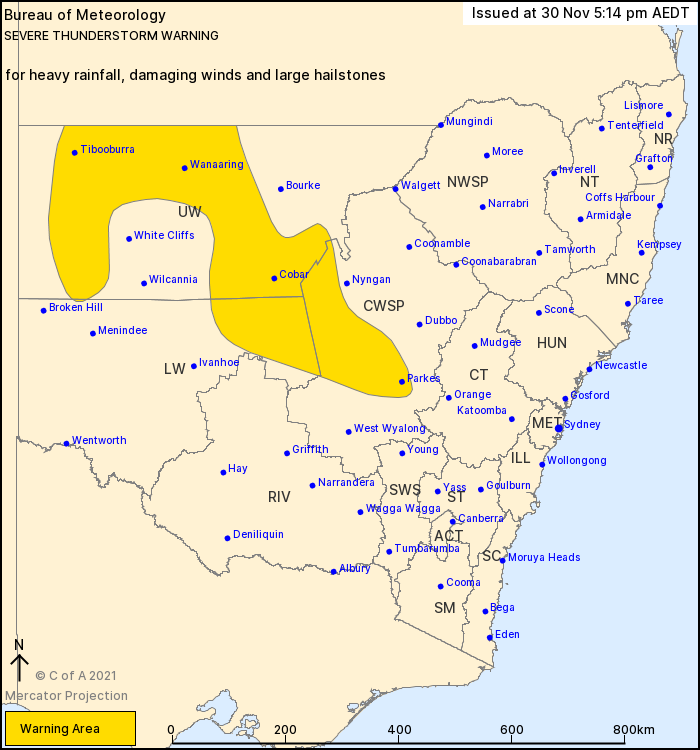