Severe thunderstorms are continuing to develop into the evening

Weather Situation: A trough lies over the south of the state with a humid airmass feeding into it from the north. Thunderstorms are being triggered over a broad area, some of which are severe. Heavy rainfall and damaging winds are the main risks. Large hail is a possibility in some isolated cells, becoming less likely into the evening.

Severe thunderstorms are likely to produce damaging winds, large hailstones and heavy rainfall that may lead to flash flooding in the warning area over the next several hours. Locations which may be affected include Walgett, Condobolin, Coonamble, Nyngan, Cobar and Brewarrina. 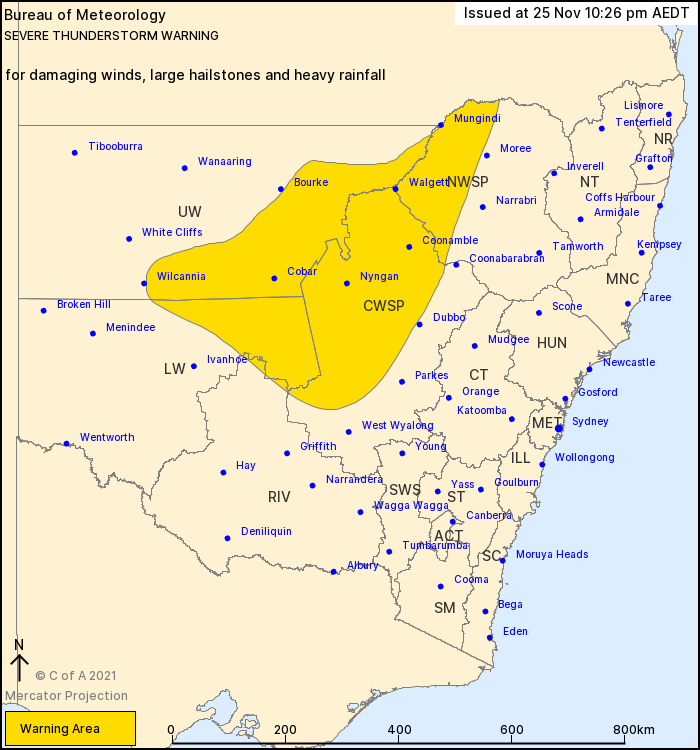