Severe thunderstorms are likely to produce damaging winds, large hailstones and heavy rainfall that may lead to flash flooding in the warning area over the next several hours. Locations which may be affected include Orange, Mudgee, Bathurst, Katoomba, Parkes and Condobolin.

Possible severe thunderstorms were detected on weather radar. The primary risk over Central Tablelands is heavy rainfall due to the increased point-based exposure due to a succession of storms moving in a similar direction.

Rotating thunderstorms over southern Central West Slopes and Plains are expected to produce large hail and damaging winds, with the potential for heavy rainfall. 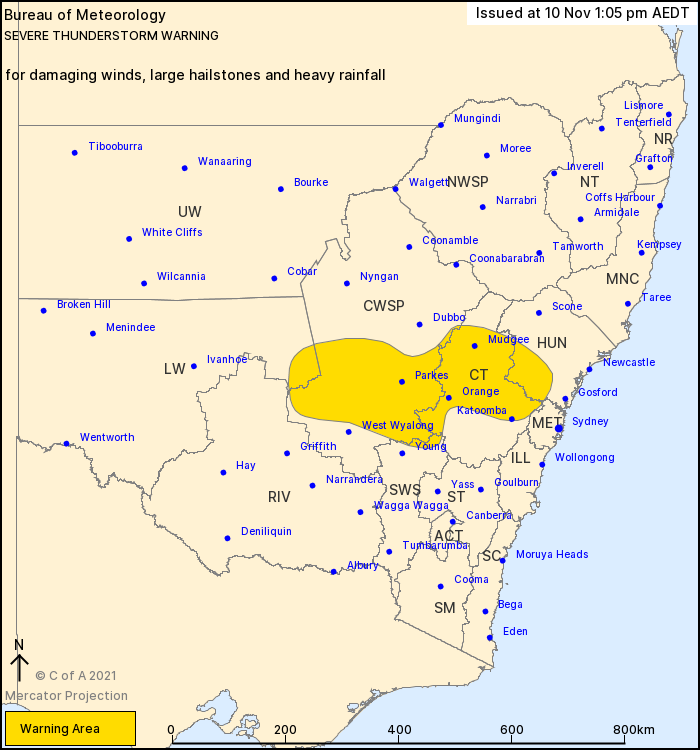