Severe thunderstorms are developing near the Queensland border

Weather Situation: Thunderstorms over the Northern Tablelands are moving east along the border with QLD.

Severe thunderstorms are likely to produce damaging winds and large hailstones in the warning area over the next several hours. Locations which may be affected include Tenterfield, Tabulam, Urbenville, Liston and Drake. 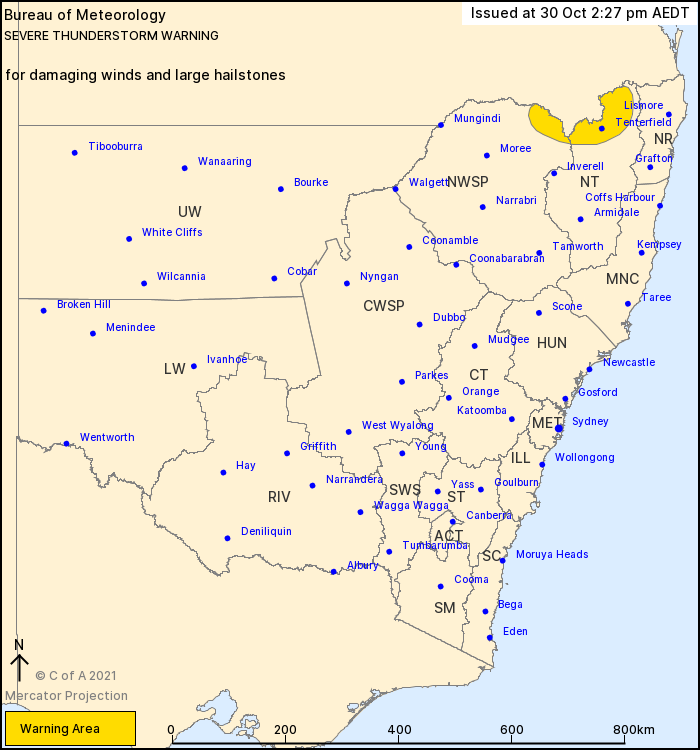