Issued at 4:00 pm Friday, 29 October 2021.
Severe thunderstorms beginning to develop in the north

Locations which may be affected include Tamworth, Gunnedah, Moree, Narrabri, Walgett and Lightning Ridge. 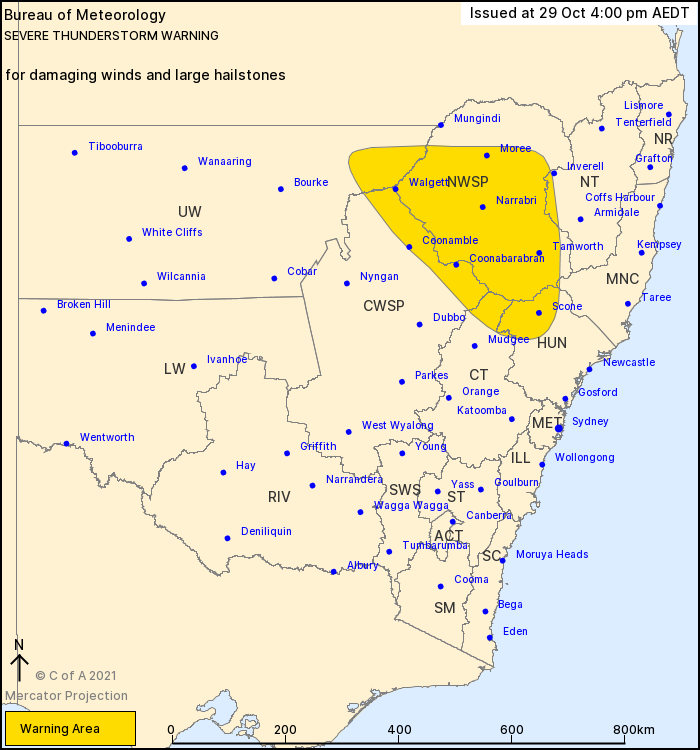