Severe thunderstorms throughout parts of western and central NSW

Severe thunderstorms continue to persist from the morning. Further storm development is likely into the afternoon and evening.

Severe thunderstorms are likely to produce heavy rainfall that may lead to flash flooding over the next several hours in parts of the Riverina and Lower Western districts. 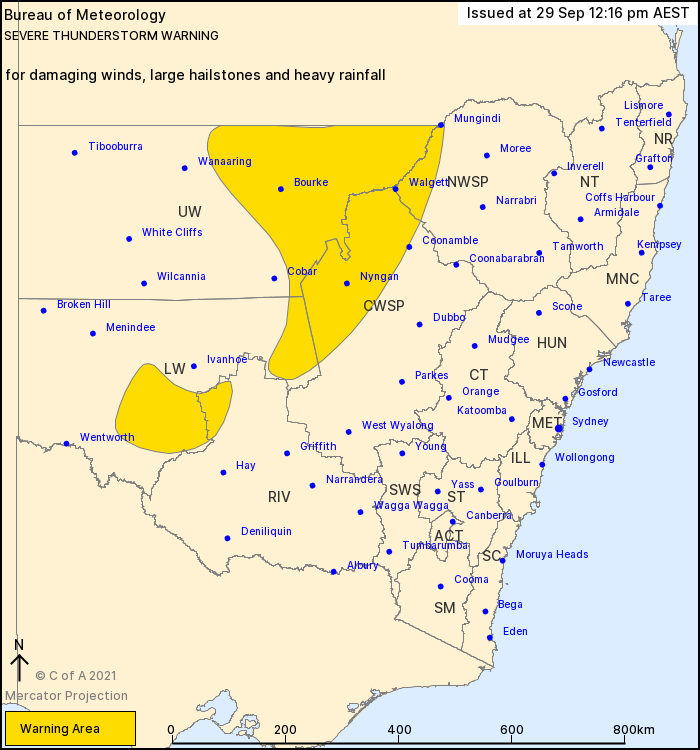