Weather situation: A low pressure system is slowly developing over eastern parts of the Mid North Coast, likely located around Kempsey.
Very dangerous storms are likely to produce INTENSE RAINFALL that may lead to DANGEROUS and LIFE-THREATENING FLASH FLOODING in the warning area over the next several hours. Locations which may be affected include Old Bar. 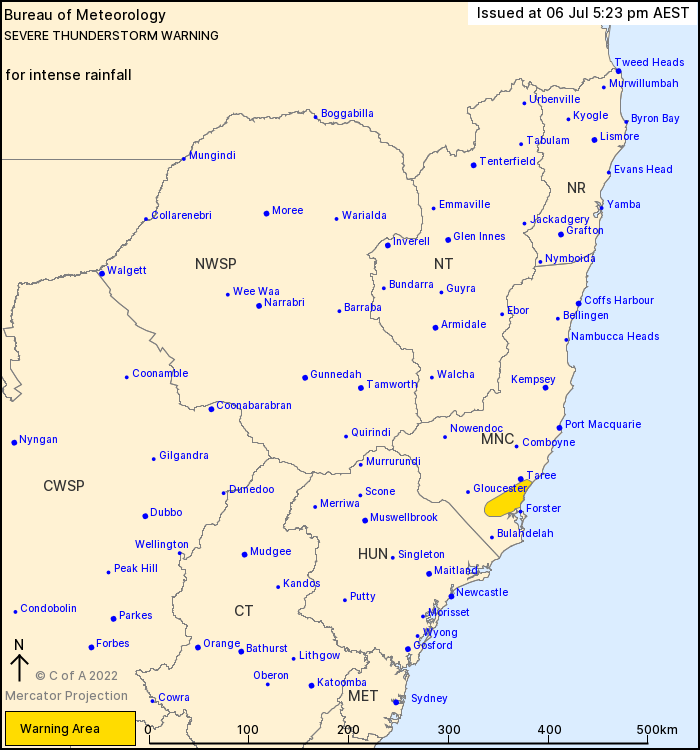