Weather Situation: A humid and unstable atmosphere exists under a slow moving upper level low that is aiding instability.

Severe thunderstorms are likely to produce heavy rainfall that may lead to flash flooding over the next several hours in parts of the Central West Slopes and Plains, Lower Western and Upper Western districts. Locations which may be affected include Bourke, Ivanhoe, Brewarrina, Louth and Fords Bridge.

Molong (Bonnie Doon) recorded 60mm of rainfall in the hour to 4 pm. 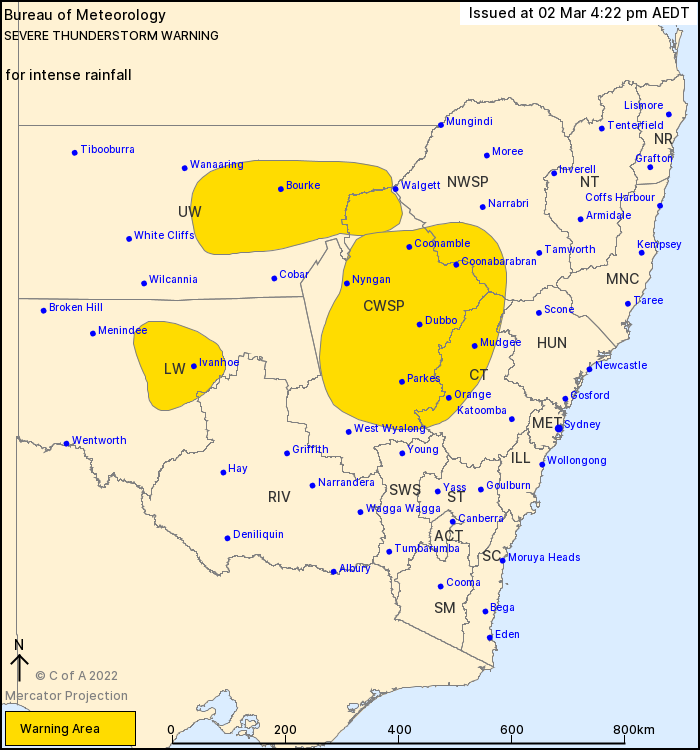