Severe thunderstorms are likely to produce heavy rainfall that may lead to flash flooding in the warning area over the next several hours. Thunderstorms are forecast to affect Tarawi Nature preserve and Silver City Highway. 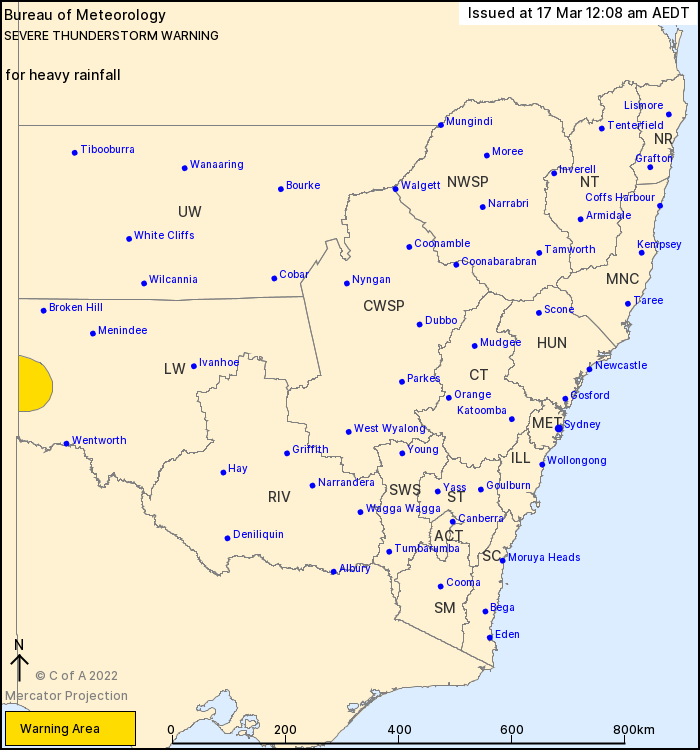