Locations which may be affected include Canberra, Goulburn, Moree, Cobar, Bourke and Lightning Ridge. 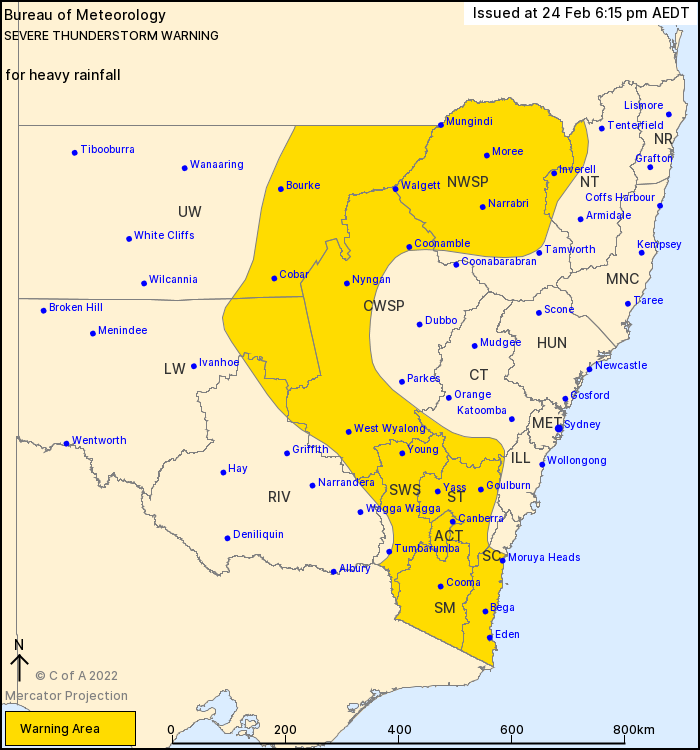