Locations which may be affected include Eden, Canberra, Cooma, Yass, Bombala and Parkes. 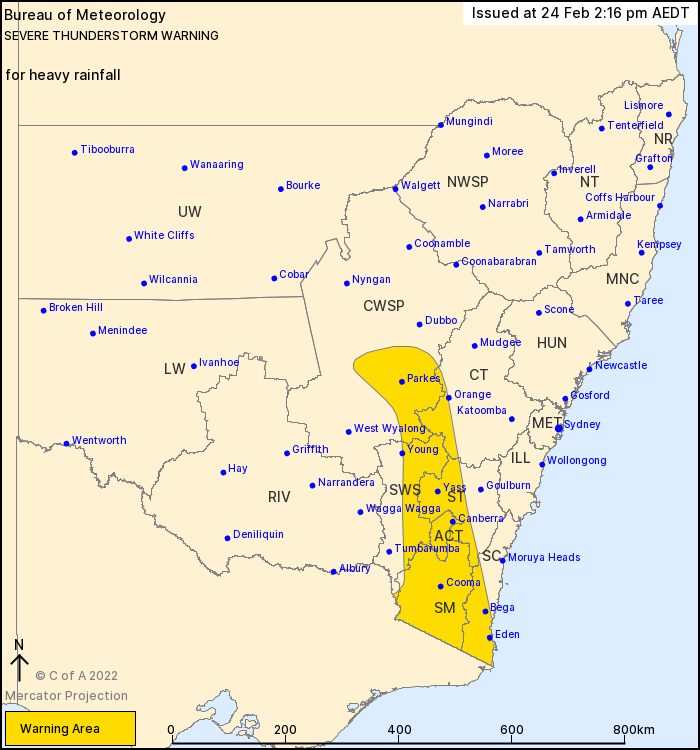