Weather Situation:
A moist airmass to the east of a trough extending from the Queensland Gulf Country south-southeastwards through the Upper Western district will become moderately unstable this afternoon as surface temperatures rise. Weak wind flow aloft will lead to scattered strong to severe but relatively short-lived thunderstorms capable of producing localised heavy rainfall.

Severe thunderstorms are likely to produce heavy rainfall that may lead to flash flooding in the warning area over the next several hours. Locations which may be affected include Armidale, Glen Innes, Inverell, Tamworth, Gunnedah and Narrabri. 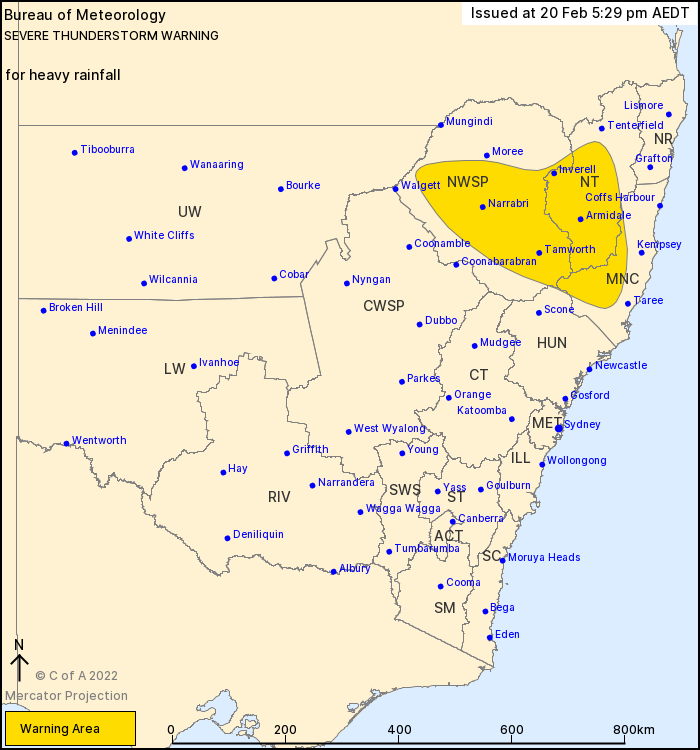