Issued at 4:07 pm Friday, 11 February 2022.
Heavy Rainfall occurring over the coast in the Hunter district.

Severe thunderstorms are likely to produce heavy rainfall that may lead to flash flooding in the warning area over the next several hours. Locations which may be affected include Newcastle, Maitland, Raymond Terrace, Wallsend, Toronto and Dungog.
55 mm of rainfall recorded in the 1hr to 4pm at Mereweather Pump Station. 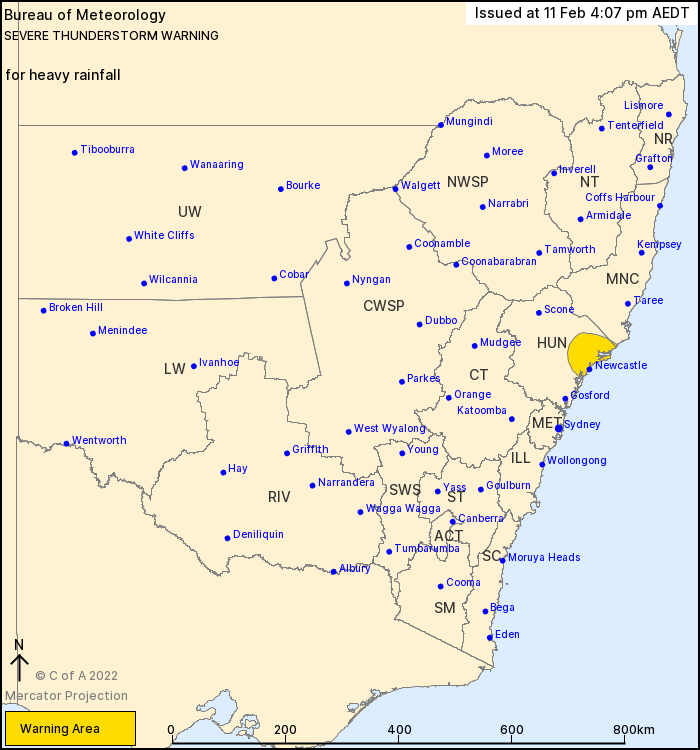