Issued at 5:02 pm Wednesday, 2 February 2022.
Severe Thunderstorms developing this afternoon with heavy rainfall likely in the northeast of NSW.

Weather Situation: A very humid and unstable airmass lies over the northeast of the State, ahead of a trough of low pressure that will move into the far northeast corner by late evening.

Severe thunderstorms are likely to produce heavy rainfall that may lead to flash flooding in the warning area over the next several hours. Locations which may be affected include Lismore, Grafton, Coffs Harbour, Tenterfield, Sawtell and Dorrigo. 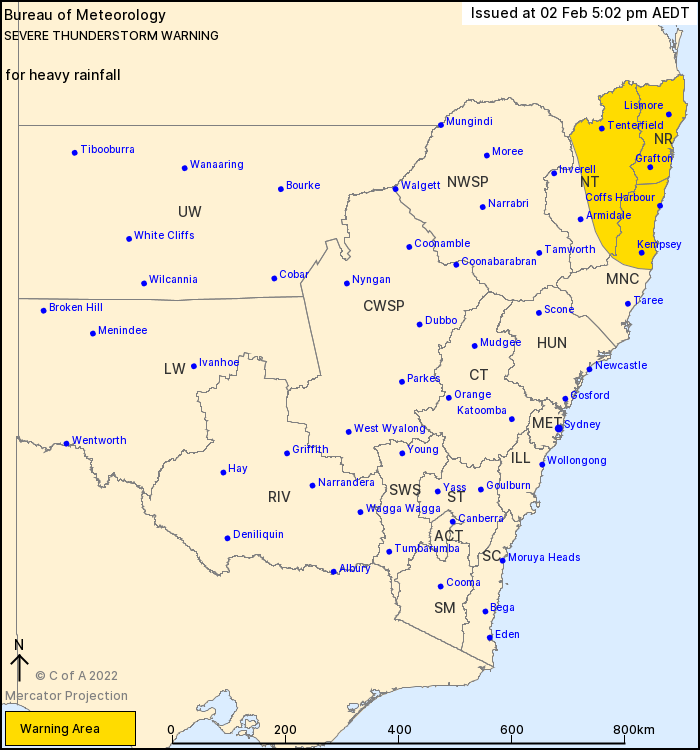