Weather Situation: A humid airmass remains over the southeast of the country which will combine with a trough in the area leading to a risk of slow moving thunderstorms this evening.

Severe thunderstorms are likely to produce heavy rainfall that may lead to flash flooding in the warning area over the next several hours. Locations which may be affected include Bathurst, Goulburn, Blayney, Trunkey Creek, Crookwell and Taralga.

Severe thunderstorms are no longer occurring in the Central West Slopes and Plains, Riverina and Snowy Mountains districts and the warning for these districts is CANCELLED.
Borenore Creek recorded 33.5mm in 30 minutes to 6:15pm 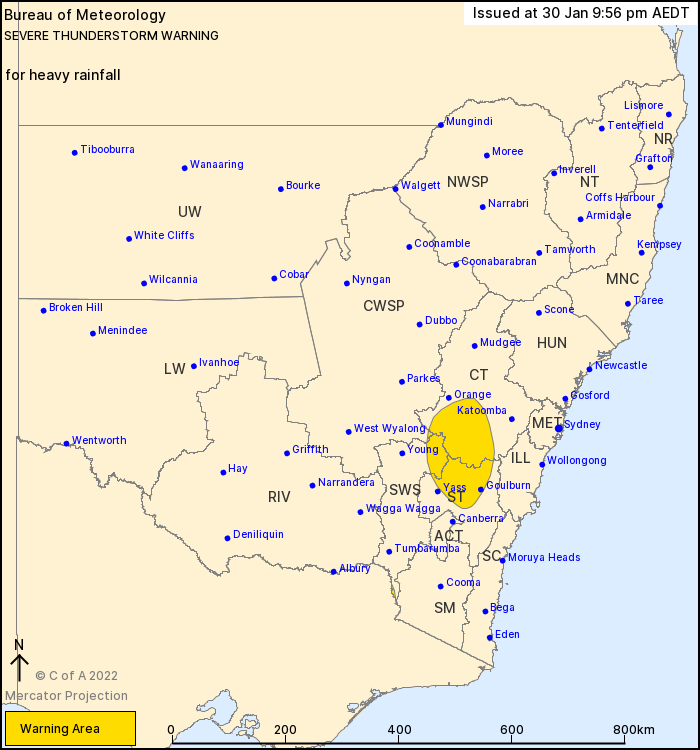