Weather Situation: A trough interacting with humid air will cause thunderstorm development throughout the day over a large part of the state.

Severe thunderstorms are likely to produce heavy rainfall that may lead to flash flooding in the warning area over the next several hours. Locations which may be affected include Bowral, Batemans Bay, Braidwood, Moruya Heads, Bathurst, Katoomba, Canberra, Goulburn, Yass, Condobolin, Young and West Wyalong. 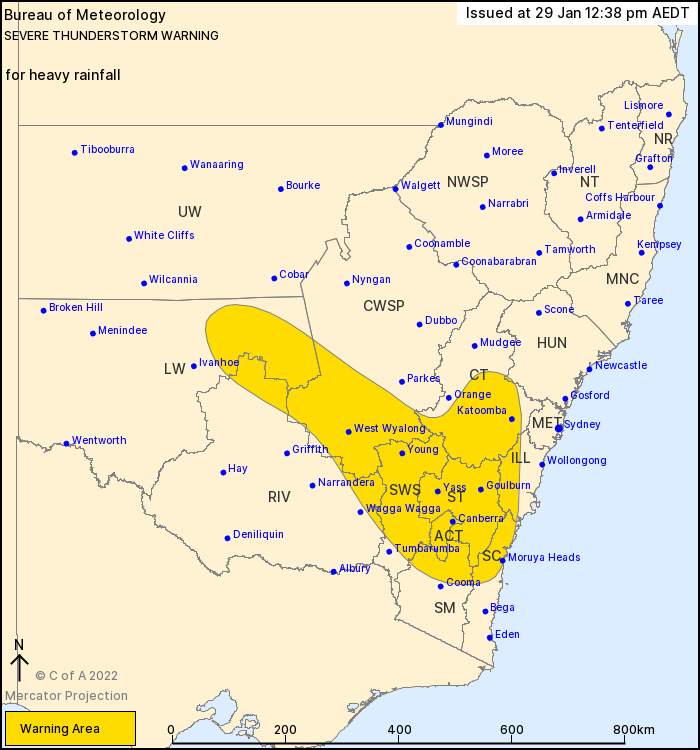