For people in parts of Central West Slopes and Plains Forecast District.

Issued at 2:13 pm Tuesday, 30 November 2021.
Heavy rainfall with thunderstorms over areas between Coonamble to Nyngan.

Weather Situation: A surface trough is forecast to deepen in response to an approaching upper level trough during the day. A tropical airmass with abundant moisture will be in place ahead of these features.

Locations which may be affected include Coonamble, Nyngan and Gilgandra. 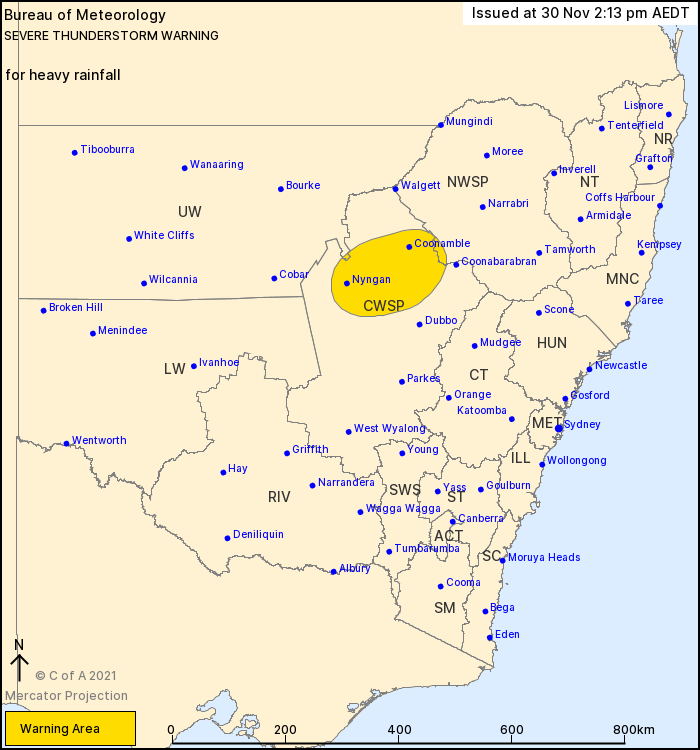