For people in parts of Central Tablelands and Central West Slopes and Plains Forecast Districts.

Slow-moving, heavy thunderstorms are developing in central parts of the state.

Weather Situation: An upper low sits over the centre of the state, dragging down very humid air from its northeast. An associated surface trough will continue to trigger thunderstorms nearby into the afternoon, some of which will produce heavy rainfall.

Slow-moving severe thunderstorms are likely to produce heavy rainfall that may lead to flash flooding in the warning area over the next several hours. Locations which may be affected include Dubbo, Parkes, Wellington, Condobolin, Gilgandra and Peak Hill. 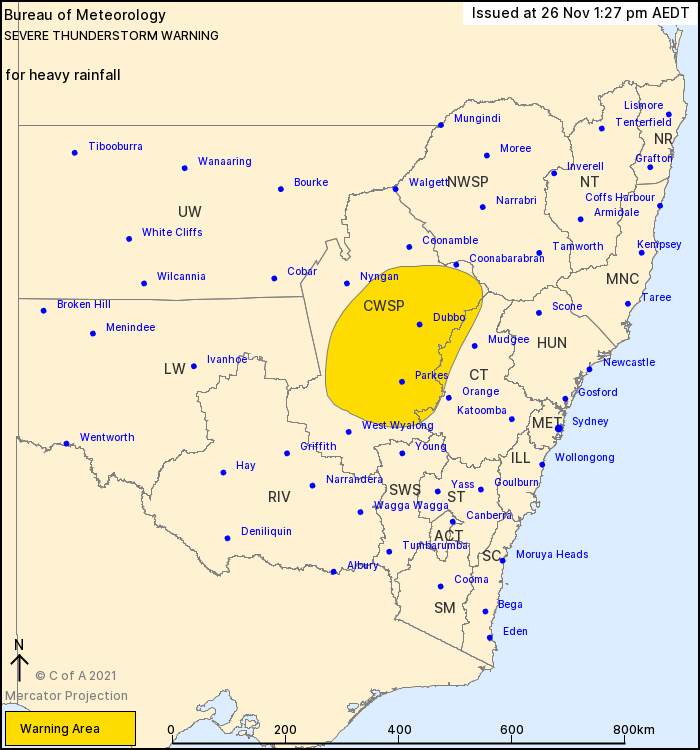