Severe thunderstorms are continuing to develop through the morning

Weather Situation: A low pressure system moves east over central parts of NSW dragging a humid-airmass ahead of the system from the north.
Thunderstorms are being triggered over a broad area, some of which are severe.

Severe thunderstorms are likely to produce damaging winds and heavy rainfall that may lead to flash flooding in the warning area over the next several hours. Locations which may be affected include Orange, Tamworth, Narrabri, Dubbo, Parkes and Cobar.

56mm in 1 hour at Keveline (near Coonamble). 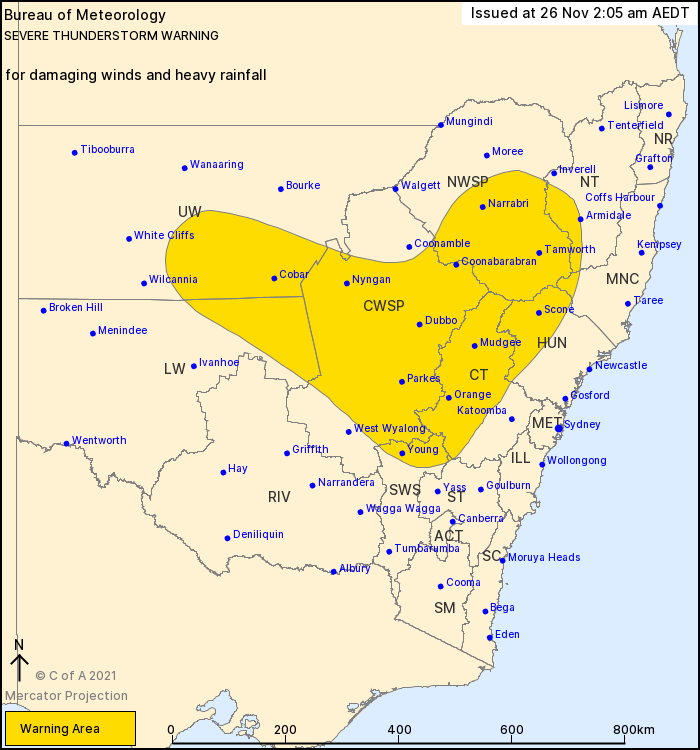