Weather Situation: A developing low pressure system over northern NSW is drawing in rich tropical moisture from the Coral Sea. An upper trough strengthening over western NSW is providing a very favourable environment for severe thunderstorms this afternoon and evening.

Severe thunderstorms are likely to produce damaging winds and heavy rainfall that may lead to flash flooding in the warning area over the next several hours. Locations which may be affected include Walgett, Lightning Ridge, Goodooga and Weilmoringle. 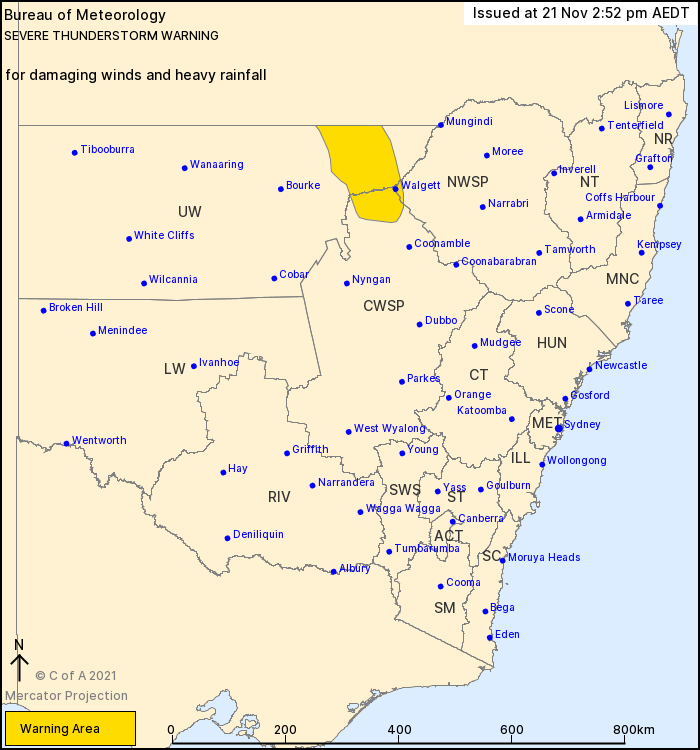