Severe thunderstorms beginning to develop in northeastern parts of the state

Weather Situation: surface troughing is triggering thunderstorms throughout the area.

Severe thunderstorms are likely to produce damaging winds and heavy rainfall that may lead to flash flooding in the warning area over the next several hours. Locations which may be affected include Scone, Tamworth, Gunnedah, Moree, Narrabri and Coonamble.

Heavy rainfall is most likely to impact areas where successive thunderstorms move over the same location. 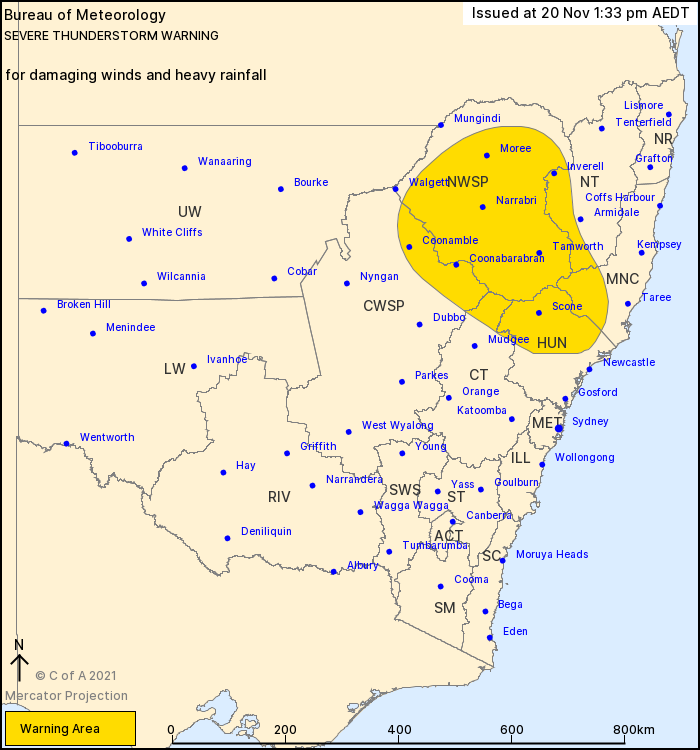