Weather Situation: Slow moving thunderstorms in a moisture rich environment are triggering on and east of a trough through inland New South Wales this afternoon.

Severe thunderstorms are likely to produce damaging winds, large hailstones and heavy rainfall that may lead to flash flooding over the next several hours in parts of the North West Slopes and Plains district. Locations which may be affected include Narrabri, Wee Waa and Boggabri.

Severe thunderstorms are likely to produce damaging, locally destructive winds and giant hailstones over the next several hours in parts of the North West Slopes and Plains district. Locations which may be affected include Moree, Narrabri, Mungindi, Baradine, Boggabri and Collarenebri. 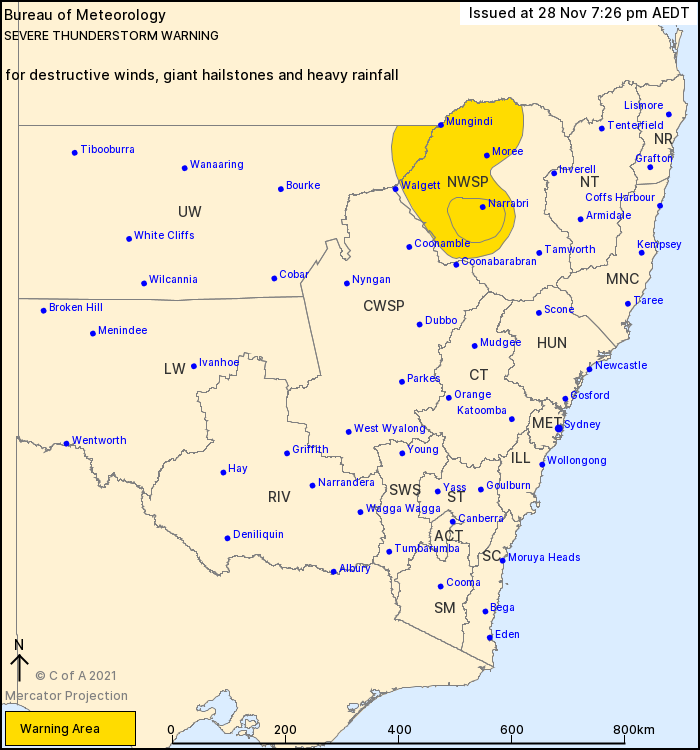