For people in parts of Hunter, Metropolitan and Illawarra Forecast Districts.

Severe Thunderstorms with damaging wind gusts about southern parts of Sydney and about the Hunter.

Weather Situation: A very humid and unstable airmass lies over NSW ahead of a trough just south and west of Sydney moving slowly northeastwards.

Severe thunderstorms are likely to produce damaging winds in the warning area over the next several hours. Locations which may be affected include Newcastle, Gosford, Cessnock, Maitland, Campbelltown and Bulli.

Numerous reports of small hail about southern Sydney and northern Illawarra this afternoon. 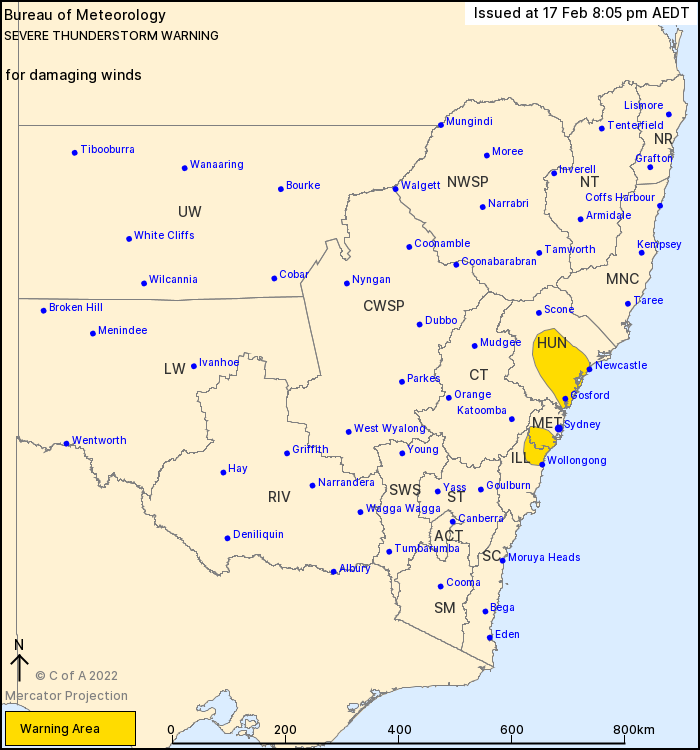