Severe thunderstorms are occurring across parts of the state.

Weather Situation: A high pressure system near New Zealand and a trough over the state's interior are combining to draw humid and unsettled conditions across the state, resulting in severe thunderstorm activity.

Severe thunderstorms are likely to produce heavy rainfall that may lead to flash flooding and damaging winds over the next several hours in parts of the Hunter and Central Tablelands districts. Locations which may be affected include Merriwa.

Severe thunderstorms are no longer occurring in the Metropolitan, South Coast, Southern Tablelands, Riverina and Lower Western districts and the warning for these districts is CANCELLED. 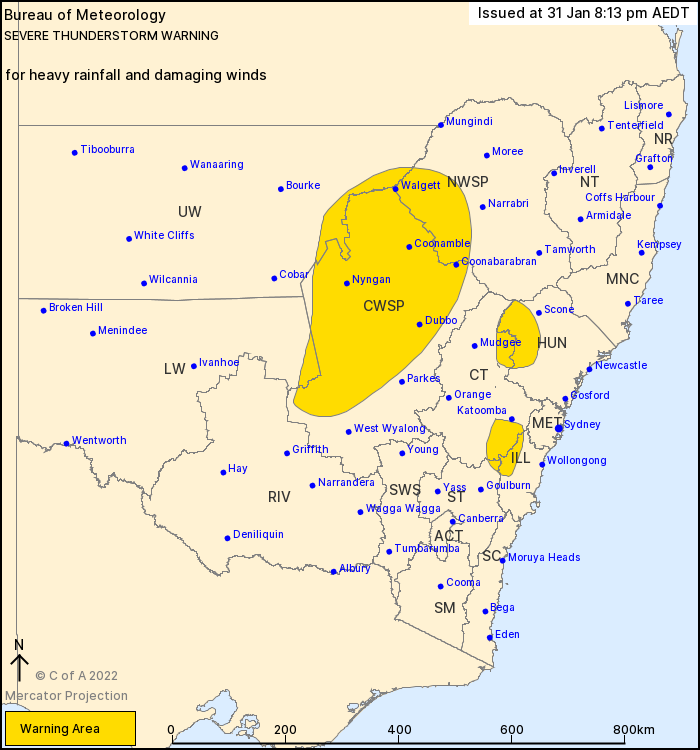