Heavy rainfall and damaging winds possible in the northern interior from slow-moving storms.

Severe thunderstorms are likely to produce intense rainfall that may lead to dangerous and life-threatening flash flooding and damaging winds over the next several hours in parts of the North West Slopes and Plains and Northern Tablelands districts. Locations which may be affected include Walcha, Uralla and Bendemeer.

Severe thunderstorms are likely to produce heavy rainfall that may lead to flash flooding and damaging winds over the next several hours in the North West Slopes and Plains, Northern Tablelands and parts of the Mid North Coast and Hunter districts. Locations which may be affected include Scone, Armidale, Tenterfield, Glen Innes, Inverell, Tamworth, Gunnedah, Narrabri, Boggabri, Bendemeer, Bingara and Tambar Springs. 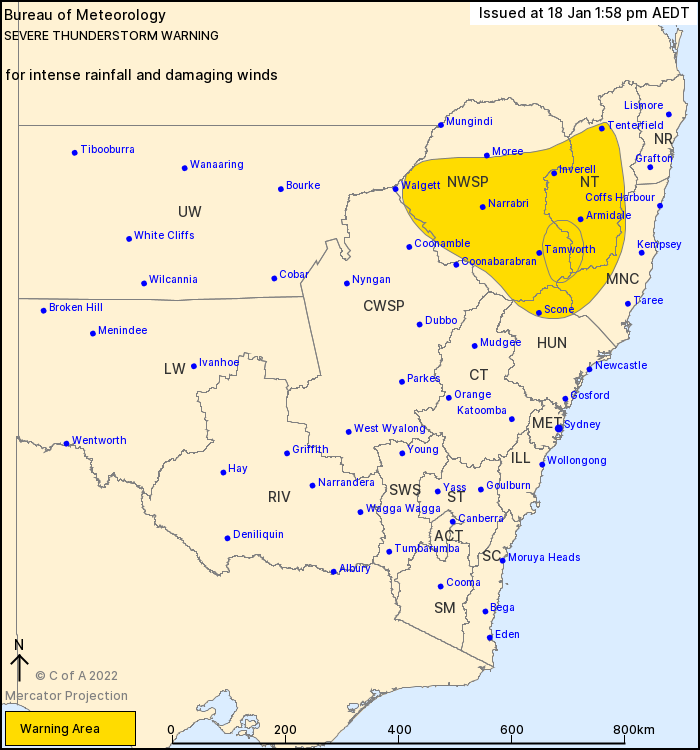