Weather Situation:
Storms occurring ahead of a vigorous surface and upper trough system.

Severe thunderstorms are likely to produce damaging winds in the warning area over the next several hours. Locations which may be affected include Deniliquin, Hay, Wilcannia, White Cliffs, Ivanhoe, Balranald, Darlington Point, Tilpa and Fowlers Gap. 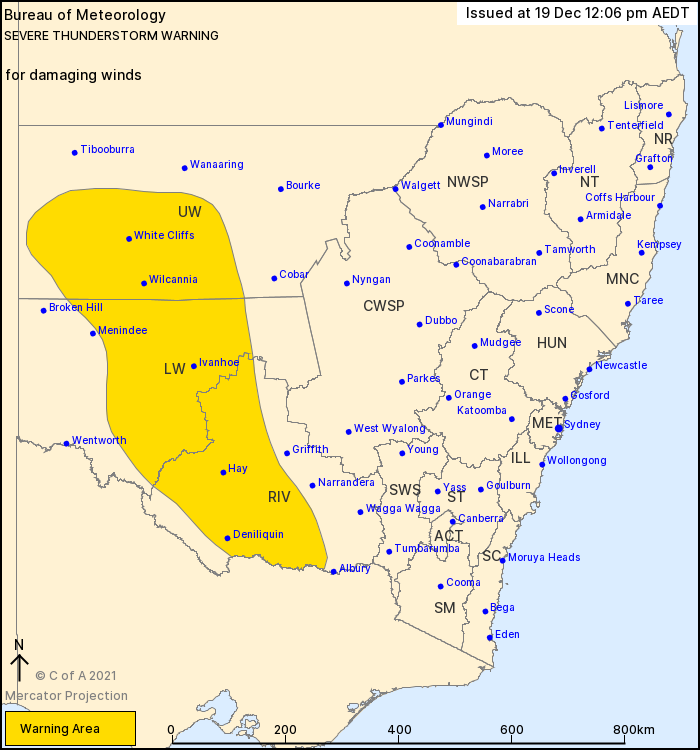