Issued at 10:40 am Sunday, 19 December 2021.
Severe storms with damaging wind gusts over central and western NSW.

Storms occurring ahead of a vigorous surface and upper trough system.
Severe thunderstorms are likely to produce damaging winds in the warning area over the next several hours. Locations which may be affected include Dubbo, Parkes, Nyngan, Deniliquin, Hay, Wilcannia, Broken Hill, Menindee and Balranald. 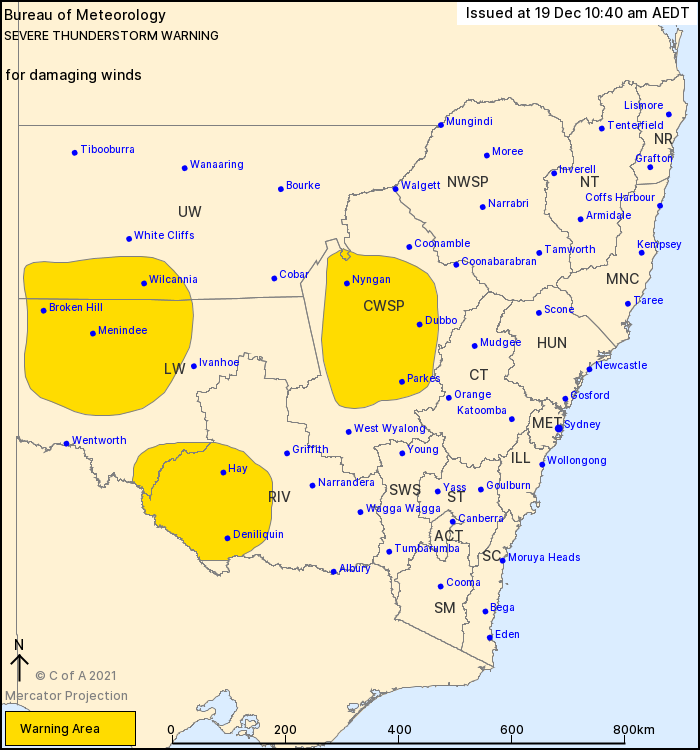