Weather Situation: A low is developing over the Riverina in southern NSW directing a very moist and unstable airmass across the eastern half of the state.

Severe thunderstorms are likely to produce heavy rainfall that may lead to flash flooding over the next several hours in the Hunter and parts of the Mid North Coast, Central Tablelands and North West Slopes and Plains districts. Locations which may be affected include Newcastle, Gosford, Cessnock, Maitland, Tamworth and Gunnedah.

Severe thunderstorms are likely to produce damaging winds over the next several hours in parts of the Central West Slopes and Plains, South West Slopes, Riverina and Lower Western districts. Locations which may be affected include Condobolin, Wagga Wagga, West Wyalong, Griffith, Hay and Narrandera.

Severe thunderstorms are no longer occurring in the Southern Tablelands and Upper Western districts and the warning for these districts is CANCELLED. 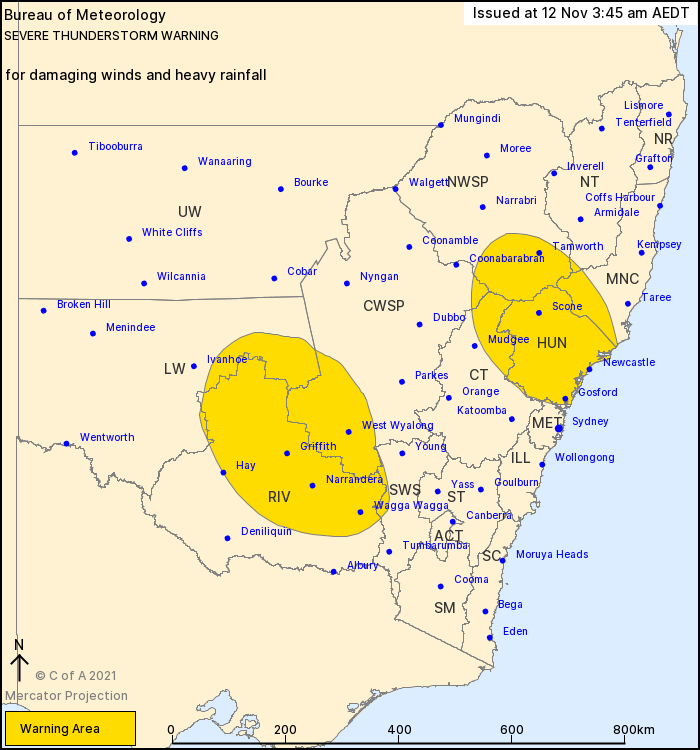