Issued at 7:49 am Thursday, 28 October 2021.
Severe thunderstorms with damaging wind gusts are moving into NSW

Weather Situation: a broad upper jet is producing early morning thunderstorms.
Severe thunderstorms are likely to produce damaging winds in the warning area over the next several hours. Locations which may be affected include Wilcannia, White Cliffs, Broken Hill, Menindee and Fowlers Gap.

98 km/h gust associated with a thunderstorm was reported at Leigh Creek in South Australia overnight. 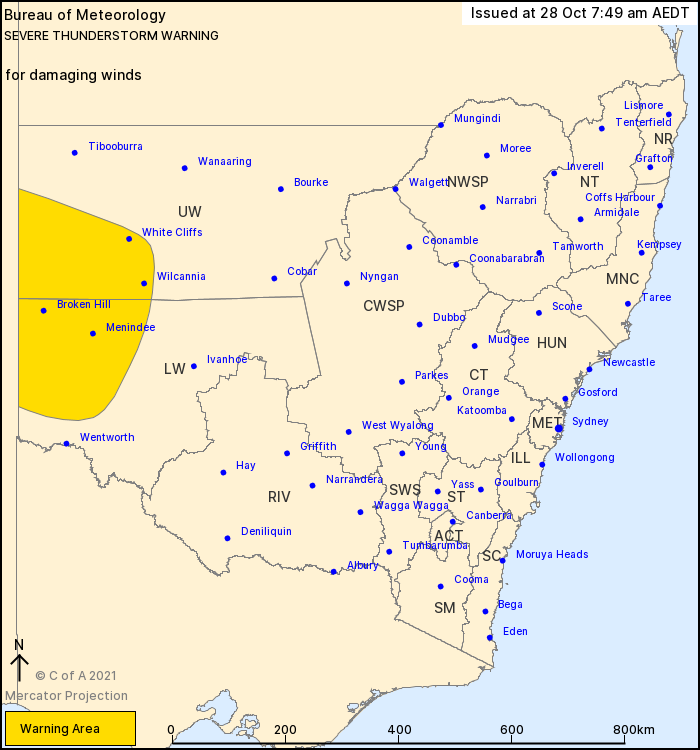