Issued at 10:47 pm Wednesday, 29 September 2021.
The threat for severe thunderstorms to persist about the north.

Severe thunderstorms are likely to produce damaging winds in the warning area over the next several hours. Locations which may be affected include Tenterfield, Glen Innes, Inverell, Warialda, Boggabilla and Ashford.

Severe thunderstorms are no longer occurring in the Upper Western district and the warning for this district is CANCELLED.
- 61mm was recorded at Nyngan around 2pm.
- 5-7cm hailstones observed 40km north of Bourke around 1:30-2pm. 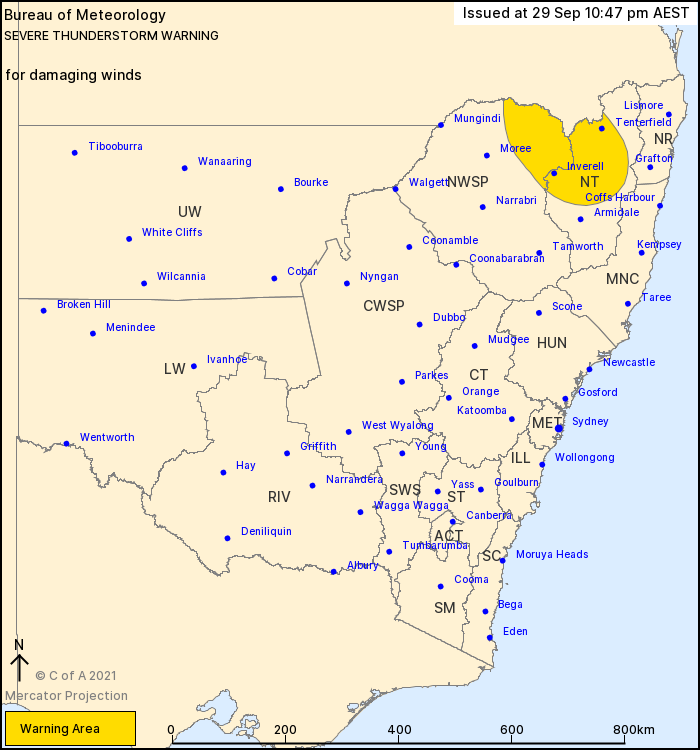