Weather Situation: A trough lies over the south of the state with a humid airmass feeding into it from the north. Thunderstorms are being triggered over a broad area, only some of which are severe. 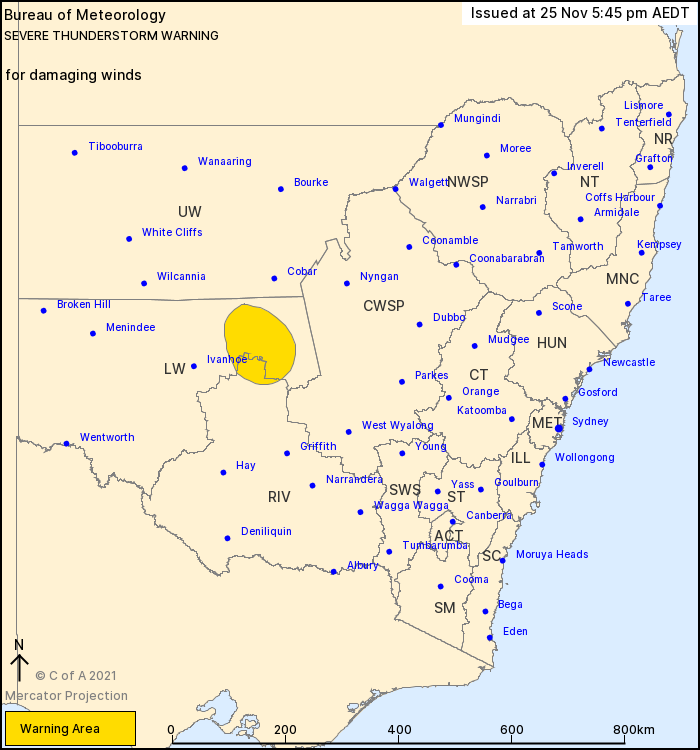