Moderate to heavy rainfall associated with a strong cold front is expected to move across NSW over the weekend. This has the potential to cause local and minor to moderate riverine flooding in Central West and South West River catchments.

Catchments in the south and central west are saturated following the passage of previous frontal systems.

The weather system is expected to cause flooding for the catchments listed for Saturday into Sunday and Monday as the system moves to the northeast. Flood Classes (minor, moderate, major) are only defined for catchments where the Bureau provides a flood warning service.

Flood Warnings are current for the following catchments: Lachlan River. 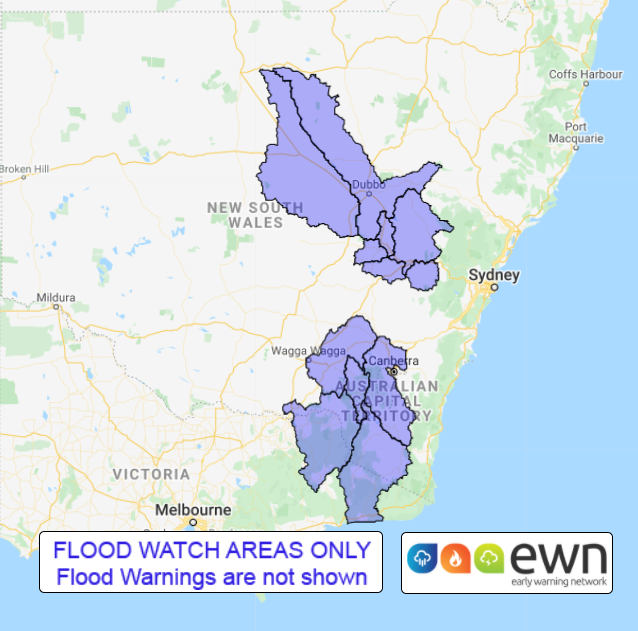