Major Flood warnings are current for the Tweed, Wilsons, Richmond, Clarence and Orara Rivers. This will impact communities including Tumbulgum, Lismore and Grafton.

A slow moving coastal trough extends from southern Queensland into northern NSW, and is expected to deepen and form a low pressure system off the NSW coast later Sunday, producing widespread heavy rainfall with areas of locally intense rainfall associated with embedded thunderstorms.

A Severe Weather Warning has been issued for the Northern Rivers and parts of Mid North Coast and Northern Tablelands Forecast District.

Catchments likely to be affected include:
Tweed and Rouse Rivers
moderate to major flooding 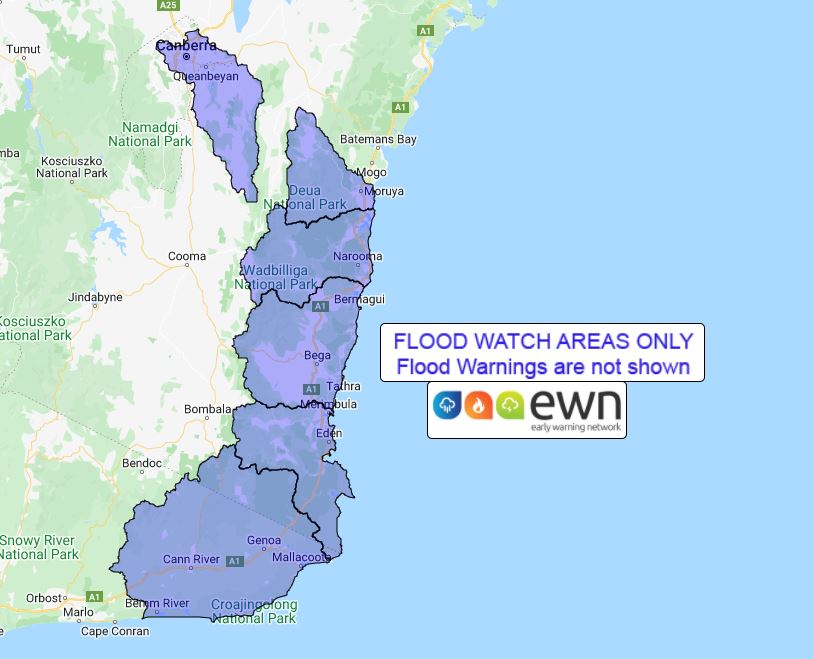