FLOODING POSSIBLE IN THE SOUTH COAST AND SOUTHERN RANGES FROM THURSDAY

Flood warnings are current for New South Wales North, Central and South West Inland catchments from the Border Rivers to the Murrumbidgee Rivers. Flood Warning is also current for the Upper Hunter River.

During Thursday a low pressure system will likely form along the southern and central coast. This has the potential to cause heavy rainfall and riverine flooding along the NSW South Coast and adjacent ranges, the Snowy and Upper Murray and Mitta Mitta Rivers from Thursday.

The weather system is expected to cause flooding for the catchments listed.
Flood classes (minor, moderate, major) are only defined for catchments where the Bureau provides a flood warning service.

Additional catchments likely to be affected include:


Flooding is no longer expected in the following catchments: Upper Macintyre, Belubula, Gwydir and Castlereagh Rivers, the Macquarie River to Bathurst. 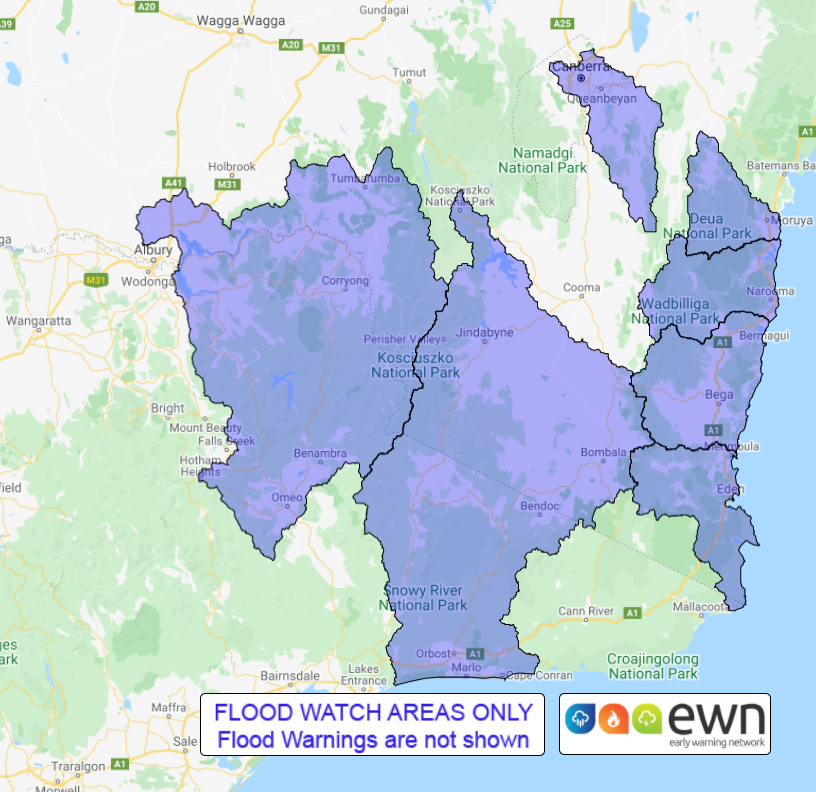