MINOR FLOODING POSSIBLE IN THE HAWKESBURY-NEPEAN VALLEY FROM FRIDAY AFTERNOON

A trough of low pressure lies over inland NSW bringing rain and thunderstorms across the state into the weekend. This rainfall may cause new and renewed flooding across NSW inland rivers and the Hunter River, many of which have been impacted by recent flooding. Rainfall is forecast to extend across the Hawkesbury-Nepean Valley, where flooding may develop from Friday into the weekend.

The weather system is expected to cause flooding for the catchments listed from Friday into the weekend. Flood Classes (minor, moderate, major) are only defined for catchments where the Bureau provides a flood warning service. 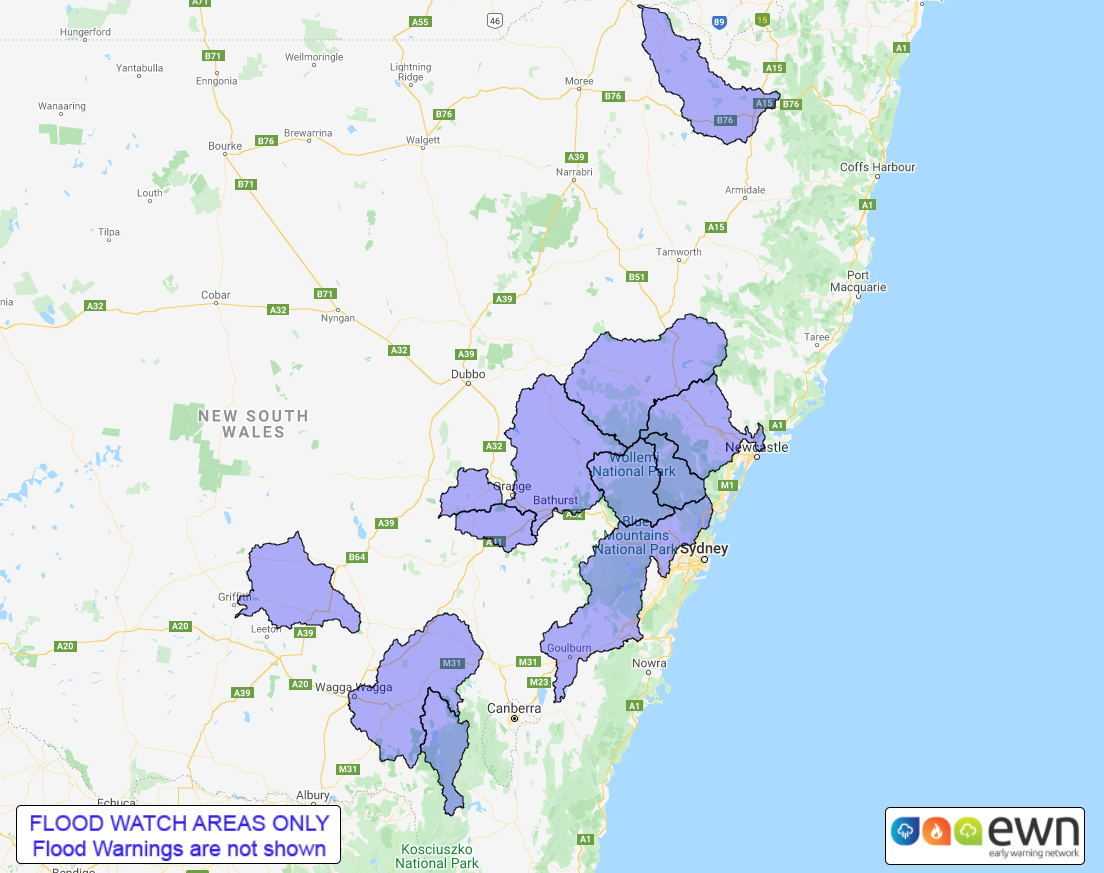