A trough of low pressure lies over inland NSW bringing rain and thunderstorms across the state into the weekend. This rainfall may cause new and renewed flooding across NSW inland rivers and the Hunter River, many of which have been impacted by recent flooding. 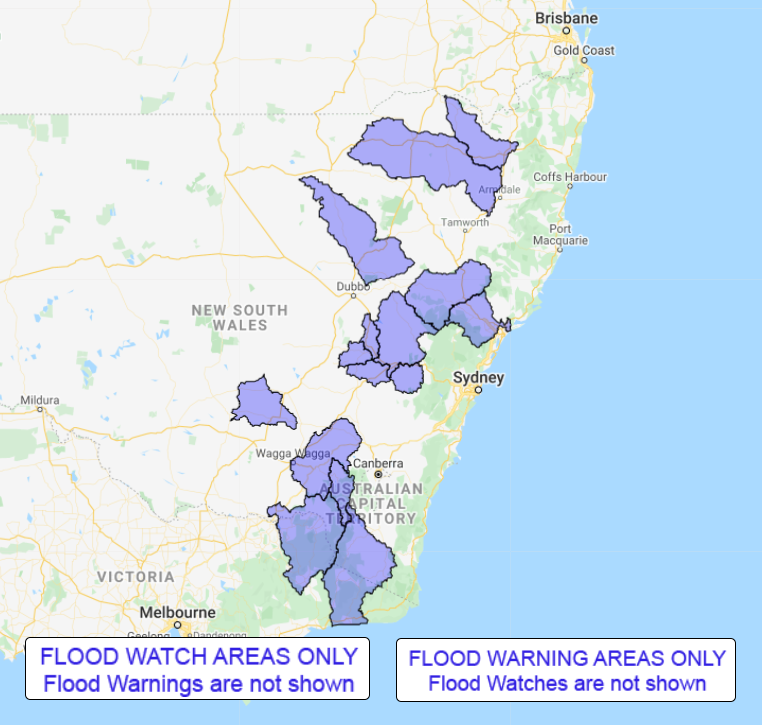