A low pressure system is expected to deepen and develop into an East Coast Low near the Hunter Coast and track south during Tuesday. This system is forecast to bring heavy to locally intense rainfall across the central and southern coast and ranges.

Flood warnings are current for NSW coastal rivers from the NSW northern rivers to the south coast including Greater Sydney. 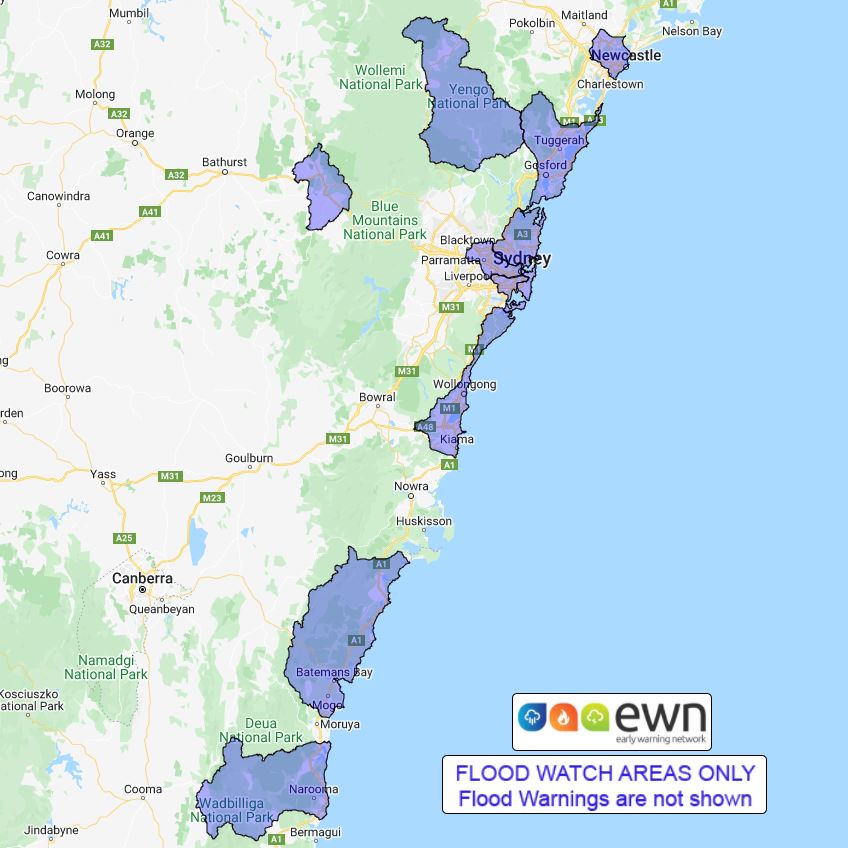