NSW Flood Watch: NSW Coastal Rivers from the Manning to the Hawkesbury-Nepean Valley

From Sunday into Monday and Tuesday heavy rainfall and thunderstorms are forecast across parts of the Hawkesbury-Nepean Valley extending into the Hunter, Paterson, Williams, Gloucester, and Manning Rivers. This rainfall has the potential to cause renewed river level rises to areas already impacted by flooding. Moderate to Major flooding is possible.

The weather system is expected to cause local and riverine flooding for the coastal rivers from the Manning to the Hawkesbury-Nepean. Flood classes (minor, moderate, major) are only defined for catchments where the Bureau provides a flood warning service. 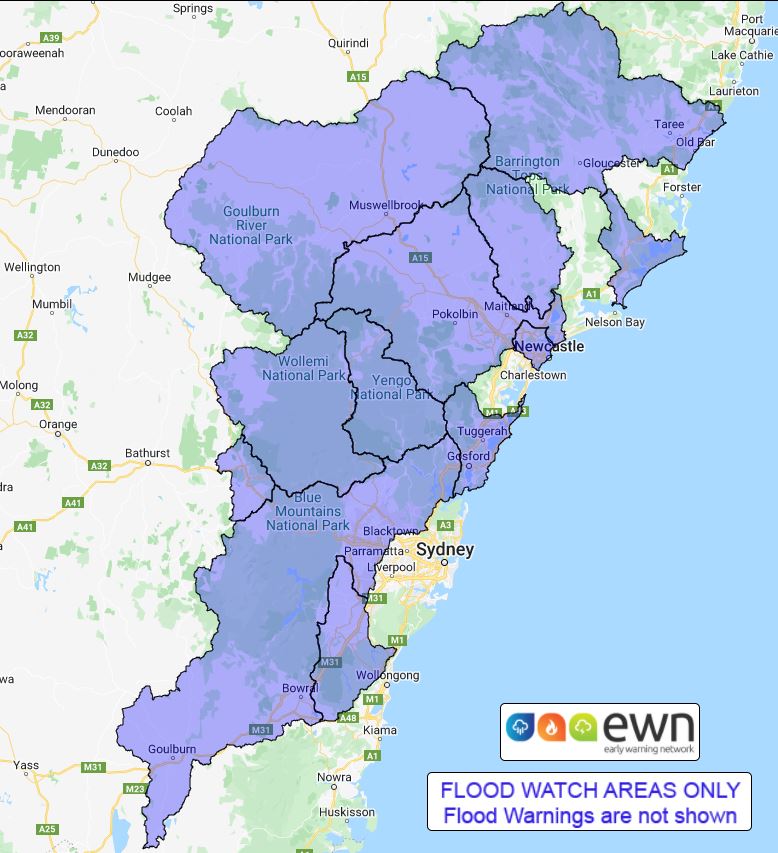