MINOR TO MODERATE FLOODING POSSIBLE FOR NSW CENTRAL AND SOUTHERN COASTAL RIVERS, INCLUDING GREATER SYDNEY FROM WEDNESDAY INTO THURSDAY

Catchments in the flood watch areas are wet from recent rainfall.

Flooding is possible in the catchments listed from Wednesday into Thursday. Flood classes (minor, moderate, major) are only defined for catchments where the Bureau provides a flood warning service. The situation is being actively monitored and updated flood watches and warnings will be issued where necessary over the coming days. 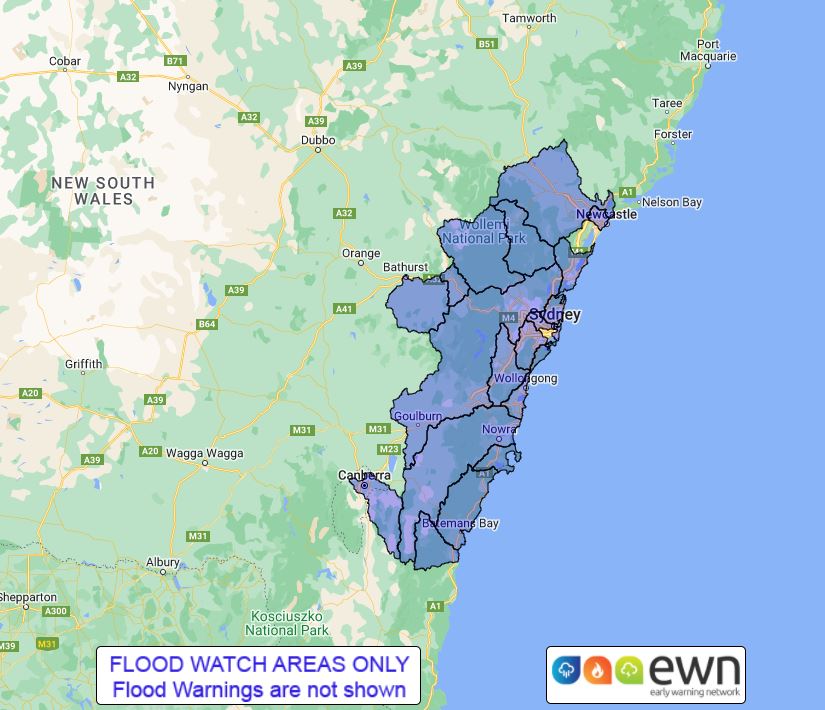